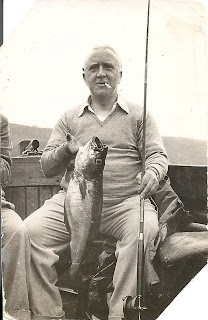 This is a photo sent in following our search for Horace Joseph Hall: Manager At Sport & General – Jog a memory? – contact us now: will@photoarchivenews.com 07802437827

Hi Will,
Here is a different line on Horace. I am intrigued to find out how he got from a trainee to The Sport & General Agency.  Was he an active photographer during the Great War because his age would have put him in line for call up so perhaps there is some kind of registry of war photographers?
Another memory is a tale he would tell of going to Balmoral to photograph shooting weekends and this would be in the days of Edward the VII or earlier as the somewhat lively Prince of Wales, Any way I remember his tale was that before the pics. caught the night train from Aberdeen he would have an audience with “himself” who would review the plates and point out that certain ladies were “not there” that weekend. Censorship ! If this tale is true would there be any record of the photographers authorised to go there, because I am sure there would not have been many allowed at such gatherings. What about that ! Any suggestions for me to follow up would be much appreciated
I think that is all I can remember about him except for later family stuff.