By Will Carleton August 21, 2010 Uncategorized
5 Comments

The Press Association archive expert Dan has sent in these images of the Sport & General photo agency in response to the search we are doing for a member of the public trying to find out what his grandfather (manager of the agency) was doing during the years of the second world war, see the article below – ‘Horace Joseph Hall: Manager At Sport & General – 1928?’ 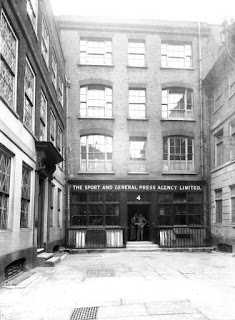 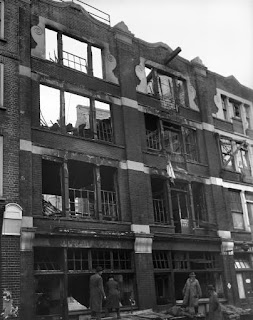 This shows why a large part of the archive is missing:
The Sport and General Press Agency destroyed by fire in Gough Square, London, following a German air raid. neg ref: 01/01/1941 URN 5538986 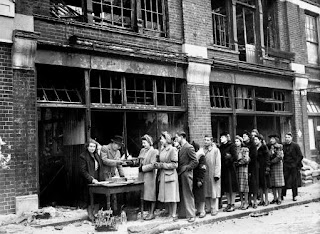 Staff of the Sport and General Press Agency being paid their wages outside their wrecked offices after a German bomb raid. neg ref: 3/1/1941 URN 5488891 if the guys grandfather was manager I imagine that could well be him handing out the cash! And could be Harriet Bogis next to him!

All images by kind permission : The Press Association